Kangxi Tongbao, a coin of Qing Dynasty. Cast in the reign of Emperor Kangxi of Qing Dynasty. During the Kangxi period, the society was relatively stable and the economy developed rapidly. At that time, the commodity exchange, monetary economy and so on were relatively developed. Therefore, the Kangxi Tongbao coins made of brass in this period were very beautiful, and the regular and heavy money type and beautiful and generous words made the Kangxi Tongbao coins that exist in the world popular with collectors and investors. 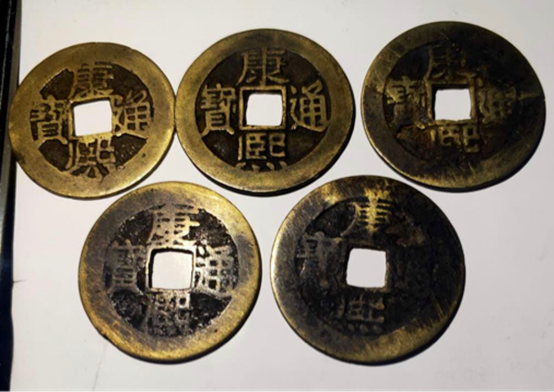 In the first year of Kangxi, the Qing government ordered to stop casting the previous generation's "Shunzhi Tongbao" money, and instead cast the "Kangxi Tongbao" money, and stipulated that the money system cast in the future would be like this. Throughout Kangxi's reign, there were 24 coin casting bureaus in China. Influenced by the problems of smelting and casting and private casting of coins at that time, Kangxi Qian Ceng weighed four cents, seven cents, respectively. As a result, "Kangxi Tongbao" money with different weights, which we see today, came into being. 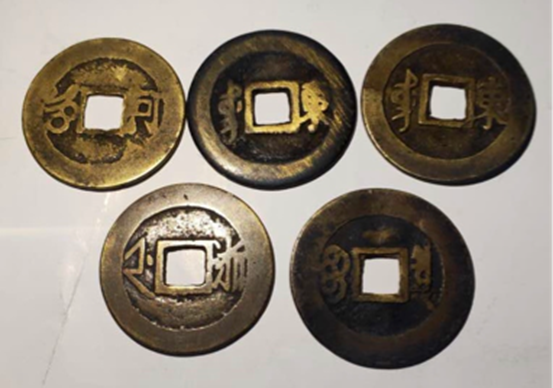 This group of coins is beautiful and generous. It has been more than 300 years since they were minted. During this period, it has been difficult to keep them. The coins are well preserved, and the mottled "patina" of the ancient coins is naturally revealed. It is a rare product for collection, research, appreciation and play.