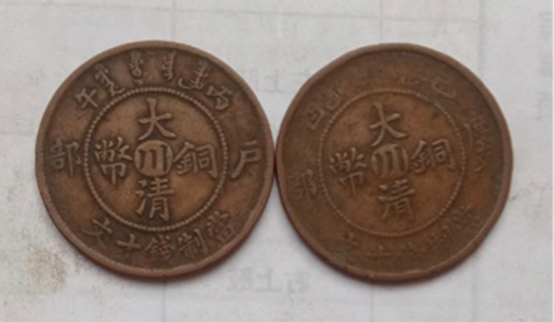 In the 32nd year of Guangxu reign (1906), Sichuan Province, according to the ancestral model of Tongyuan issued by the Ministry of housing, changed to cast the "Sichuan" character Qing Dynasty copper coins, which can be divided into two types, i.e. Bingwu and Jiyou, according to the chronology of cadres and branches, with the value of 20, 10, 5 and 2. The central "Chuan" type of Qing copper coins are very rare, but after a hundred years, they still exist, which is really a blessing in the field of coin collection.

In these two Sichuan versions of Daqing Copper Coin, the word "Daqing Copper Coin" in Chinese is written in the front circle of the coin, which is distributed in the upper, lower, right and left. The word "Chuan" is cast in the center, and the left and right sides of the upper end of the bead circle are divided into the words "Ganzhi" and "Bingwu". The words "Hubu" and "Degree Branch" of the province are engraved in the middle of the two sides outside the bead circle, below 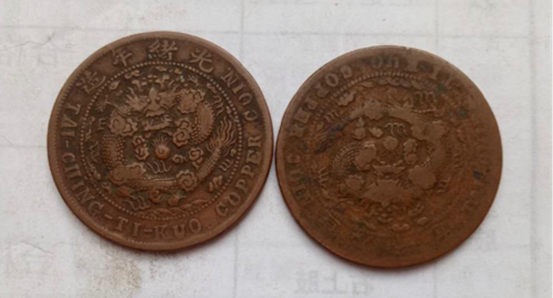 The copper coins of Qing Dynasty disappeared and damaged a lot because of the historical circulation and the outbreak of war, and the amount of their existence was relatively rare. The economy, history and culture of the late Qing Dynasty all reflected their corresponding coins, which was of great value for historical research. These two copper coins are beautiful in appearance, sound in appearance, round in patina and clear in decoration. Even after the baptism of historical weather and frost, the coins are still well preserved, which is very rare and has excellent collection value.